A friend and I were beading necklaces one day and she suggested I arrange the beads randomly. For my organized brain, that sounded like blasphemy, but I gave it a try and happily realized it was perfectly imperfect. Since then I've embraced randomness wherever I can.

My latest video shows a technique that I call "Cut Coil Flowers", because they are formed by cutting a coil apart. The resulting petals vary in size, resulting in random flower petals. They are surprisingly fast to make. 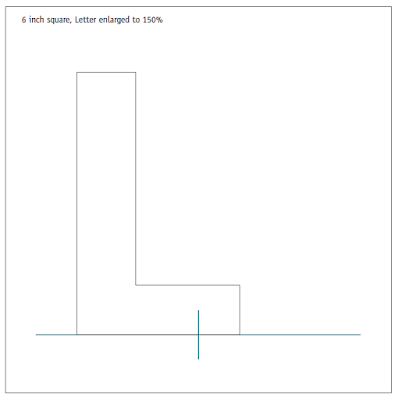 Even though the letter L was enlarged 150%, it still allowed for a large showy area on my 6x6 card.